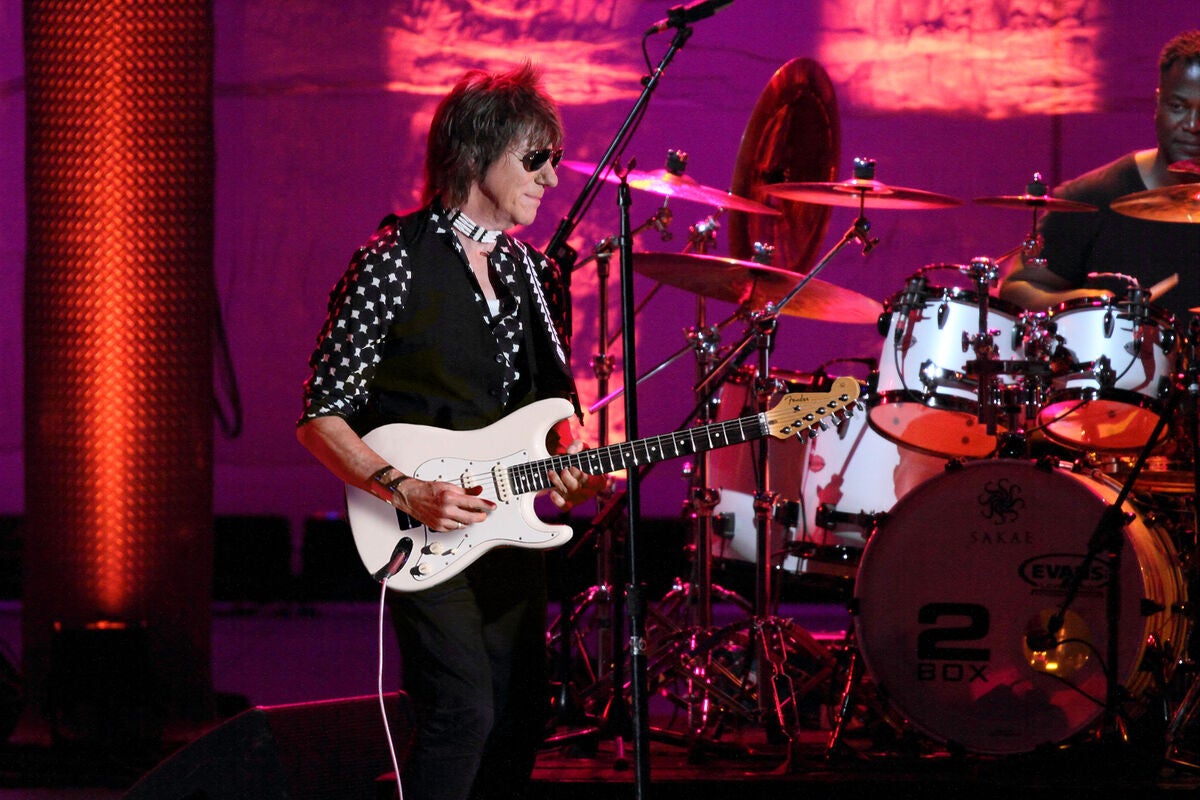 Jeff Beck has had one of the most influential careers in rock history. Universally acknowledged as one of the most talented and significant guitarists in the world, Beck has played alongside some of the greatest artists of rock, blues and jazz. Over the course of Beck’s distinguished 50+ year music career, he has earned an incredible eight Grammy Awards, been ranked by Rolling Stone as one of the “100 Greatest Guitarists of All Time,” and has been inducted into the Rock & Roll Hall of Fame twice – once as a member of the Yardbirds and again as a solo artist. In the summer of 2016, the guitar virtuoso celebrated his five decades of music with an extraordinary concert at the famous Hollywood Bowl.

Beck grew up in Wallington, England and between his mother’s piano playing and the family radio tuned to everything from dance to classical; he was surrounded by music from a young age. Beck famously replaced Eric Clapton as the Yardbirds’ lead guitarist in 1965 and later went on to form The Jeff Beck Group, which featured Rod Stewart on vocals and Ron Wood on bass. Their two albums - “Truth” (1968) and “Beck-Ola” (1969) – would become musical touchstones for hard rockers in the years to come. The constantly evolving Beck’s next move -- a power trio with bassist Tim Bogert and drummer Carmine Appice, which released “Beck, Bogert and Appice” (1973), once again shattered people’s preconceptions of what a rock guitarist was supposed to sound like.

Music has always shared space with Jeff’s love of hot rods. After the success of his groundbreaking 1975 jazz-fusion classic “Blow By Blow” and “Wired,” Beck began devoting more time to his fleet of cars, but 1985’s “Flash” kept him in the spotlight as he earned the Best Rock Instrumental Grammy for the song “Escape.” A second Grammy came with “Jeff Beck’s Guitar Shop with Terry Bozzio and Tony Hymas”, and a third for “Dirty Mind” from the “You Had It Coming” album in 2001. 2009 saw the release of the platinum-selling Performing This Week… Live at Ronnie Scott’s, which earned a Grammy for “A Day In The Life.” It was Beck’s astonishing 2010 solo album, Emotion & Commotion, that brought about two additional Grammy Awards; Beck was nominated in five categories before bringing home three: Best Rock Instrumental Performance for “Hammerhead” and Best Pop Instrumental performance for “Nessun Dorma,” as well as Best Pop Collaboration with Vocals for “Imagine,” his collaboration with Herbie Hancock. His Rock ‘N’ Roll Party Honoring Les Paul album was nominated for a 2012 Grammy Award for Best Rock Album.  In 2016 he released Loud Hailer and in 2017, Jeff Beck: Live At The Hollywood Bowl was released.

A new musical collaboration with Johnny Depp, 18, was released on July 15, 2022.  The 13-track album features a mix of Depp originals along with a wide range of covers that touches on everything from Celtic and Motown to John Lennon, the Beach Boys and The Velvet Underground. “We were going to call the album ‘Kitchen Sink’ because we threw everything in it,” the two-time Rock and Roll Hall of Famer says with a laugh. “The only game plan we had was to play songs we like and see where they took us.” The result is a wild roller coaster ride through different genres where hairpin juxtapositions deliver some of the album’s biggest thrills. The choice of those particular tracks, Beck says, reflects a pattern that played out across the entire album. “We suggested songs the other might not think of. It pushed both of us out of our comfort zones. Johnny got me excited about ‘Venus In Furs,’ and I persuaded him to try ‘Ooo Baby Baby.’ Interesting things happen when you’re open to trying something different.”